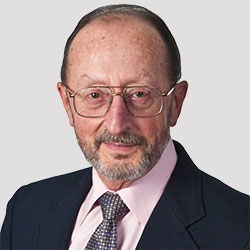 Eldon Taylor is considered to be an expert in the area of preconscious information processing and has served as an expert trial witness with regards to both subliminal communication and hypnosis. Eldon was a practicing criminalist for over ten years where he supervised and conducted investigations and testing to detect deception. His earliest work with changing inner beliefs was conducted from this setting, including a double-blind study conducted at the Utah State Prison from 1986 to 1987. Eldon’s approach has always been very down-to-earth, science based and pragmatic.

Eldon is a New York Times best-selling author and the subject of his books range from exposing the darker sides of mind programming and brainwashing to the spiritual search for life’s meaning.

In addition to being an author, Eldon created and patented his InnerTalk subliminal technology. InnerTalk is the only such technology on the market that has been researched by numerous independent universities and institutions and been demonstrated effective at priming self-talk. Self-talk, or inner-talk, is a mirror on your beliefs, which in turn play a vital role in determining whether you will succeed or fail. This holds true regardless of the domain being looked at, from relationships to business, from education to sports performance—when your self-talk changes, so will the life that you experience.

Eldon is also the host of the popular radio show, Provocative Enlightenment, an exciting show with a unique presentation. Provocative Enlightenment offers a novel and hard hitting approach to those formally soft questions that everyone is interested in, such as Who am I? What does this all mean? How do I maximize my life experience? Walking the fine line between the outer edges of hard science and the new age extremes, Eldon covers subjects that are relevant to us all—aiming for the heavens while keeping his feet firmly on the ground. Eldon has interviewed a large variety of guests, ranging from famous actors such as Lindsay Wagner and Linda Evans, to Congressman Tim Ryan, from renowned psychologist Stanley Krippner and biologist Rupert Sheldrake to the famous medium James Van Praagh. In his attempt to unearth the truth, Eldon is unafraid to ask the difficult questions or to correct those who attempt to 'baffle-gab!'

Eldon Taylor, Ph.D. was a practicing criminalist for over ten years while completing his education. He supervised and conducted investigations, recovery and detection of deception testing. He specialized in physical security, lie detection, forensic hypnosis and intelligence and counterintelligence measures. His earliest work with subliminal information processing was conducted from this setting, including a double blind study conducted at the Utah State Prison in 1986-87 and published in his book Subliminal Communication.

Eldon Taylor has made numerous appearances on television and radio and his work has been cited in the national press on many occasions. He is considered by many to be one of the foremost authorities on subliminal information processing. He has been featured in a 30 minute television show that focused only on his work and was aired on public television as well as two three hour national radio shows with host Art Bell.

Eldon Taylor's experimental educational properties (e.g. Cancer Remission, AIDS, etc.) have been prescribed for patients across America and Mexico. The data from a longitudinal study regarding these properties has demonstrated a solid mind-body connection (psychoneuroimmunology) and has led to the development of new innovative non-intrusive health care adjuncts. Some of these new evolving technologies have been rigorously studied in double blind designs, (e.g. depression and attention deficit hyperactive disorder) and found to have statistically significant efficacy.

Eldon Taylor's books and other works are available in public libraries and are currently offered in seven languages and in fourteen countries. He has led many work shops and made presentations in the United States, Mexico, China, Germany and the United Kingdom.

Eldon Taylor's work has been featured and written about in major popular publications of a diverse nature, such as Omni, Newsweek, Body Mind Spirit, and The Spinal Network.

1977 to 1987 - Self Employed. (Intelligence and Counterintelligence). Concurrent.

Published author in over fifty publications.

Honored as the First Fellow in the National Assoc. of Clergy Hypnotherapists.

Memberships Past and Present:

The American Association of Religious Counselors

The National Society of Hypnotherapists

The American Association Of Behavioral Therapists

Registered Hypnotherapist (granted by the American Board of Hypnotherapy), 1991.

Licensed Lie Detection Examiner and Investigator, State of Utah, 1977 to 1988.

Board Member, National Advisory Board of the Behavior Improvement Foundation.

Eldon Taylor has developed several proprietary properties and holds certain patent rights as well as numerous copyrights. His patented Whole Brain® InnerTalk® subliminal technology, also termed the "Taylor method," has been researched by numerous independent researchers (see below) and repeatedly demonstrated effective in domains as diverse as dental anxiety to Attention Deficit Hyperactive Disorder. He has assisted in this research to the extent that he has contributed the device and often assisted in the protocol and study design.

Taylor, E. "The Theory and Use of Subliminal Communication in Health Care." Instituto Mexicano Del Seguro Social, May 1998.

Taylor, E. and McCusker, C. "The Use of Subliminal Auditory Stimulus With Terminally Ill Oncology Patients." The Journal of Alterative Medicine. January, 1995.

Taylor, E. "How to use Subliminal Stimuli for Therapeutic Interventions." The National College of Hypnosis and Psychotherapy, Chester, England, September 22/23, 1989.

Taylor, E. "How to Use Subliminal Stimuli for Therapeutic Interventions." The National College of Hypnosis and Psychotherapy, London, England, September 16/17, 1989.

Taylor, E. "Education Via Reverent Absurdity." Out Of Context, 1988.

Taylor, E. "Subliminal stimuli as a voluntary modality for rehabilitation in a prison environment." Presentation made to the Psychology and Social workers at the Utah State Prison. 1988.

Taylor, E., McCusker, C. & Liston, L. "A Study of the Effects of Subliminal Communication on Inmates at the Utah State Prison. 1986.

In addition to the papers and presentations listed, many articles and re-prints written by Eldon Taylor have appeared in his newsletters, The Mind Review and InnerTalk® Review as well as on the net in his own sites and many others. Eldon Taylor also co-hosted a one hour radio show for nine months in 1986 and 1987, originating its broadcast from Salt Lake City, Utah. The show was a "talk radio" format and the subjects ranged from brain washing to parapsychology.

1998 Under the direction of Dr. Jose Salvador Hernandez Gonzalez and on behalf of the Department of Social Security for Mexico, 25 patients were exposed to both video and audio Freedom From Dental Anxiety tapes for thirty minutes prior to treatment and thirty minutes during treatment. The conclusion: "..the use of InnerTalk® before an integral odontologic treatment is 100% effective, reducing patient's anxiety and the noise made by the high speed hand piece used in this type of work, and furthermore, reducing the pain suffered by comparison to previous experience." The report goes on to recommend InnerTalk: "Therefore it is convenient to promote, among Dental Surgeons, the use of InnerTalk to improve their patients comfort and achieve a better collaboration to treatments. In the same way, use will change the Estomologist image (feared for so many years).

1993 Thomas Plant, faculty member of Stanford University and Director of the mental health services for the Children's Health Council, together with Michael DiGregorio and Gerdenio Manuel of Santa Clara University, evaluated the effect of Whole Brain® on test anxiety in a double blind experiment. The statistical data indicated significance supporting the hypothesis that Whole Brain® subliminal technology could be an effective tool in lowering test anxiety.

1993 Kim Roche of Phoenix University studied the effect of Whole Brain® with children diagnosed as having Attention Deficit Hyperactive Disorder in a double blind experiment. Her findings indicated a significantly positive effect.

1993 Diana Ashley at the University Of Southern California studied the effect of subliminally presented reinforced stimuli on factual material using the Taylor's Mirrored Imaging Processing (MIP) model in a double blind experiment. Her conclusion found a significant increase in learning among students in the experimental group.

1991 A study carried out by Prof. Pelka of Munich University in Germany on a Whole Brain® tape for weight loss, showed average weight losses of 13 pounds in subjects who used the program.

1988-1991 (Reported in 1992-1993) The findings from a longitudinal study on the Whole Brain® program for Cancer showed that 43% of the patients who used the program, went into remission. For the patients who had passed away, the average life span beyond the original prognosis was significantly extended.

1991 Experimental psychologist, Julian Isaacs, investigated the effects of the following Whole Brain® programs; "No More Procrastination", "Time Management", "Confidence Power", "Freedom From Stress", "Positive Relationships", "I Am Assertive", and "High Self Esteem." After three studies, it was concluded that the programs produced significant positive results that were verifiable.

1990 A double blind study was carried out at Weber State University on the effects of the Whole Brain® program "Freedom From Stress." The psychological test results showed a significant decrease in stress.

1990 In a double blind study carried out at Colorado State University, it was found that using the Whole Brain® program "Freedom From Depression" for more than 17 hours, led to a significant decrease on the Beck Depression scale. This study not only shows the effectiveness of the Whole Brain® program, but also indicated that the effectiveness of the programs were dosage related.

1988-1990 Cosmetic Surgeon, R. Youngblood and surgical staff tested the effect of the Whole Brain® "Pre And Post Operative" tape on 360 patients. They reported a decrease in anesthetic requirements of 32% by volume as compared to a historical control group.

1985-1986 In a double blind study at the Utah State Prison, which was performed by McCusker, Liston and Taylor, the Whole Brain® technology was deemed effective in altering self esteem among inmates. As a result, the Utah State Prison installed and maintains a voluntary tape library for inmates.

Numerous clinical studies with single and multiple subjects have also found effectiveness with Whole Brain® in areas as diverse as anorexia to dyslexia. Additionally, Whole Brain® has been credited by professional coaches for significantly contributing to winning sports events ranging from football championships to National and Olympic judo medals.

"I am calm. I am relaxed. I am confident. I am stress free. I release stress. I release anxiety. I externalize stress. I desensitize stimuli," ect.

"I love life. I love living. I feel great. I laugh. I choose happiness. Life is fantastic. Living is learning. I contribute to life. I sense good in all. I am lucky. I am in control. Love is the lesson," etc.

“I live in the now. The past is over. Unpleasant memories are released. I accept the past. I choose to release the past. I learned my lessons,” etc.

"I am free of fear. I remain calm. I remain relaxed. I am in control. I am confident," etc.

Accelerated Healing and Well Being

"I create my opportunities. I create preparedness in myself. I create my plan. I create my alternative courses of action. I systematically act. I thoroughly evaluate. I keep written records. I review my successes. I review my plans. I am flexible. I am energetic. I am thorough. I am precise. I am capable. I am powerful," ect.


Ultra Success Power: Health, Wealth and the Fountain of Youth